Flying cars are a thing? 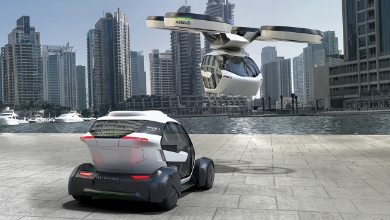 The second installment of “Back to the Future” predicted there would be flying cars in 2015, looks like it was only a couple of years off.

But don’t get your wallet out yet, Airbus isn’t exactly rushing the Pop.Up into production. “While Pop.Up relies on future technologies that are not yet mature enough, such as electric propulsion and sense-and-avoid technology, the basic idea of the vehicle is feasible,” said Marius Bebesel of Airbus’ CityAirbus project.

Still, it’s pretty cool. See the new flying car in action below, and check out ER Wagner’s revolutionary line of products for the transportation industry.